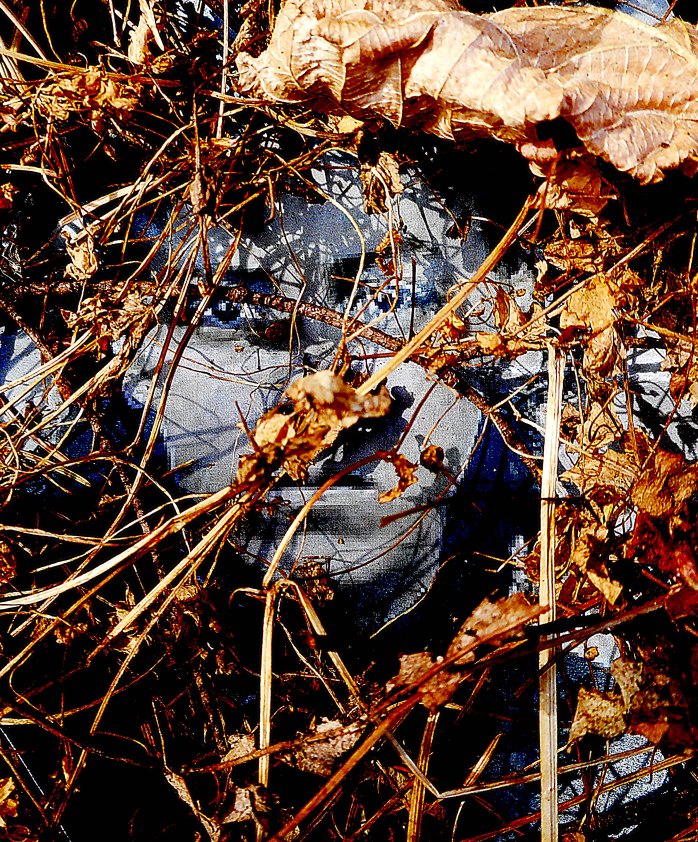 She steals a shirt. pulling it over her body, glazed in sweat, half dry, half oily. No one will touch her, not even herself.

She’s attracted to a sweatshirt hanging on a rafter, yanking on it with her arms high in the air. Her tugging becomes a dance, the sweatshirt is her partner. She twirls, dips in rhythm. They’re melodic.

She clutches the sweatshirt and the broken hanger, stuffing them under her arms, along with a piece of Styrofoam, an empty detergent jug, plus a dozen money transfer receipts from Western Union. None of the receipts have been filled out.

Her teeth are a magical white as if the tooth fairy had cast a spell on her teeth. She smiles a lot. Her teeth are blessed.

A cop speaks a foreign language into his radio. He knows who she is. He doesn’t know her name.

She understands his language by watching his movements, drops the sweatshirt. The hanger makes no sound.

He walks her out of the shop into the just-before-midnight air, where breezes dip down from Alaska.

An orange van, non-descript, no markings, stops in front of her. She gets in, smiling, like she’s getting a lift to another part of town.

As she gets into the van, one dirty white slipper falls off her foot.

I write up a receipt, pay for the shirt, get a new hanger for the sweatshirt, place it back up on the rafter.

I pick up the slipper, keep it behind the counter. Maybe she’ll come back for it.

← The Harvester and the Crone
Water Wars →

9 Comments on “Pumpkin And Mice”